Having for years been the undisputed most popular framework on GitHub, Bootstrap must now hand over the honor to Vue.

The change of throne happened yesterday, when Vue - also called Vue.js - passed 132,000 stars, while the Bootstrap has collected just over 131,800. GitHub is the dominant meeting place and exchange center for developers of open source code in the world. The stars are for the developers what the likes are on Facebook.

The new ranking can be viewed directly on GitHub, which itself offers an updated list of all the most popular libraries on the platform. The absolute top position goes as usual to freeCodeCamp, which, however, is not a framework but a place with free coding tutorials and courses. Then follow the framework’s top 3 with Vue, Bootstrap and React - in that order. 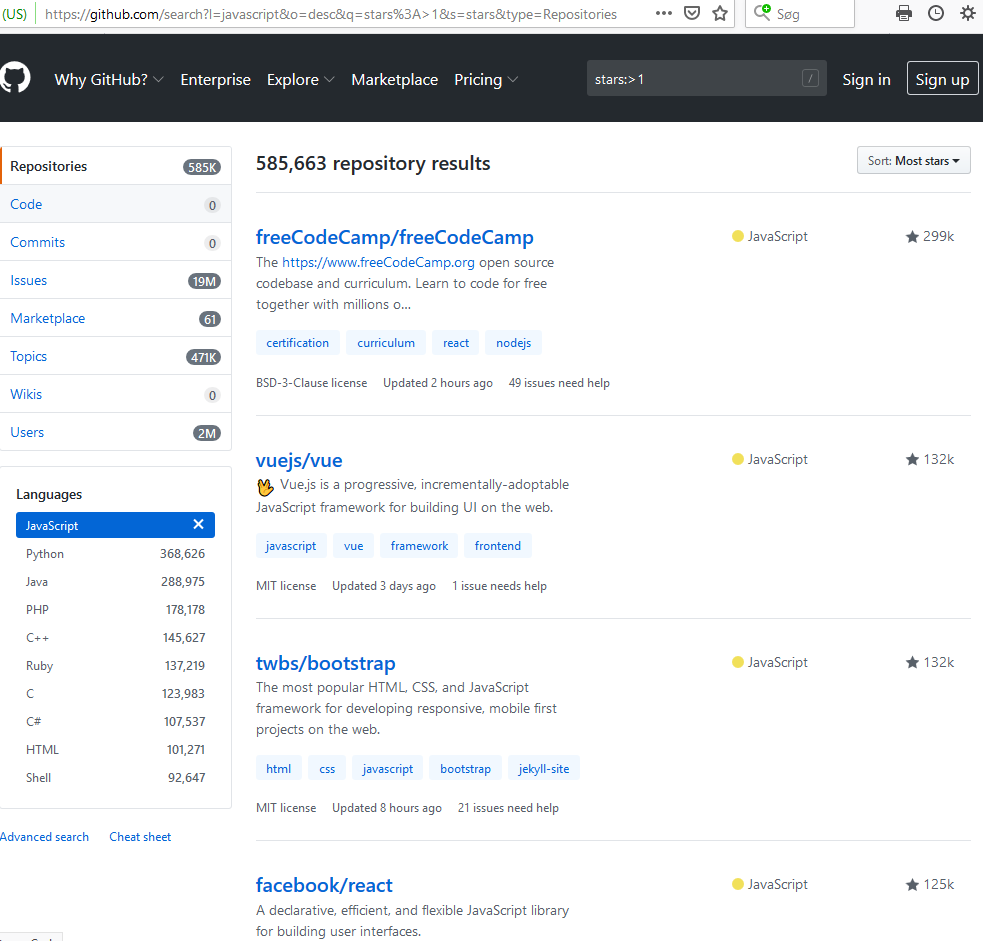 From zero to number 1 on GitHub

Vue.js was launched just over five years ago, making it the latest of the three major javascript frontend libraries. It is mainly created by an american «one-man-army» named Evan You. He worked at one point with the development of Angular at Google. But he did not agree with the decisions made in connection with the switch from Angular.js to the new Angular. Therefore, he chose to launch his own take on an Angular-done-right library, which, incidentally, incorporates several techniques from Angular’s longstanding main competitor, React.

Lots of developers even consider Vue to be an intermediary between Angular and React, and this mix of methods must be said to have fallen into extremely good soil among the world’s developers. In it’s first year of existence, Vue’s popularity didn’t exceed a number of other newcomers like Aurelia, Riot, Polymer and Mithril. But then the star-rocket suddenly took of, and even passed the big competitors on the way up through the atmosphere.

First, Vue surpassed it’s primary source of inspiration, Angular.js (in danish), and last summer too Facebook-based React (also in danish, sorry) was overhauled. Angular, the successor to Angular.js, has never been able to reach the top of GitHub - and therefore never been a competitor of Vue in terms of GitHub star popularity. 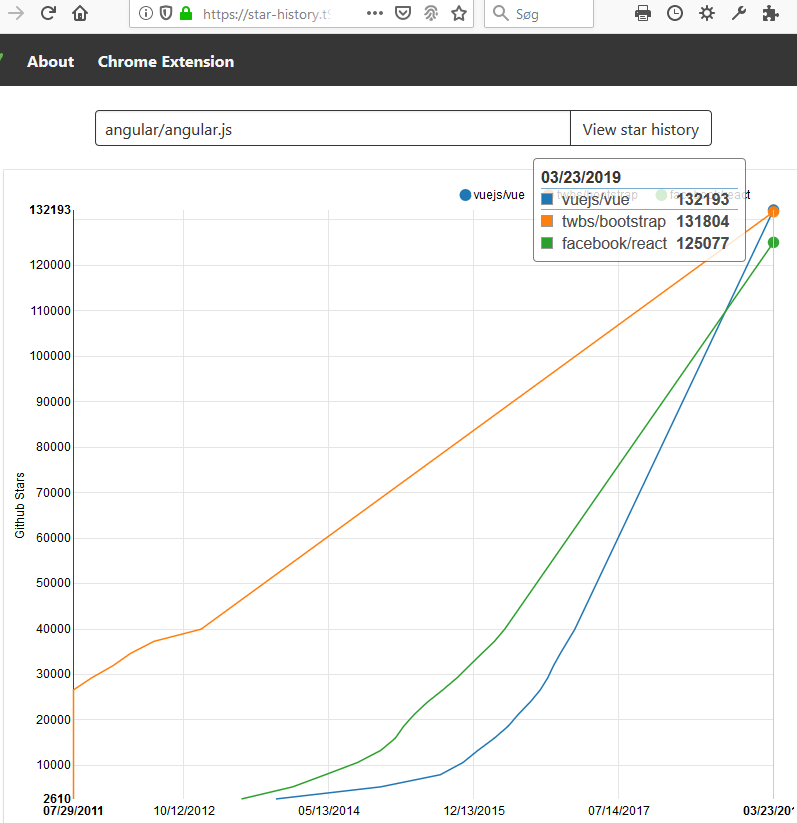 However, measured on the day-to-day use, Vue-js still lies well behind the two other major js frontend libraries, React and Angular. React exists in a league of its own with at present over 6 million weekly downloads from Node Package Manager (NPM). Then follows Angular somewhere down the line with just over 2 million.

However, Vue.js has just taken the step into the «millionaire’s club» when the framework last week crossed 1 million NPM downloads. 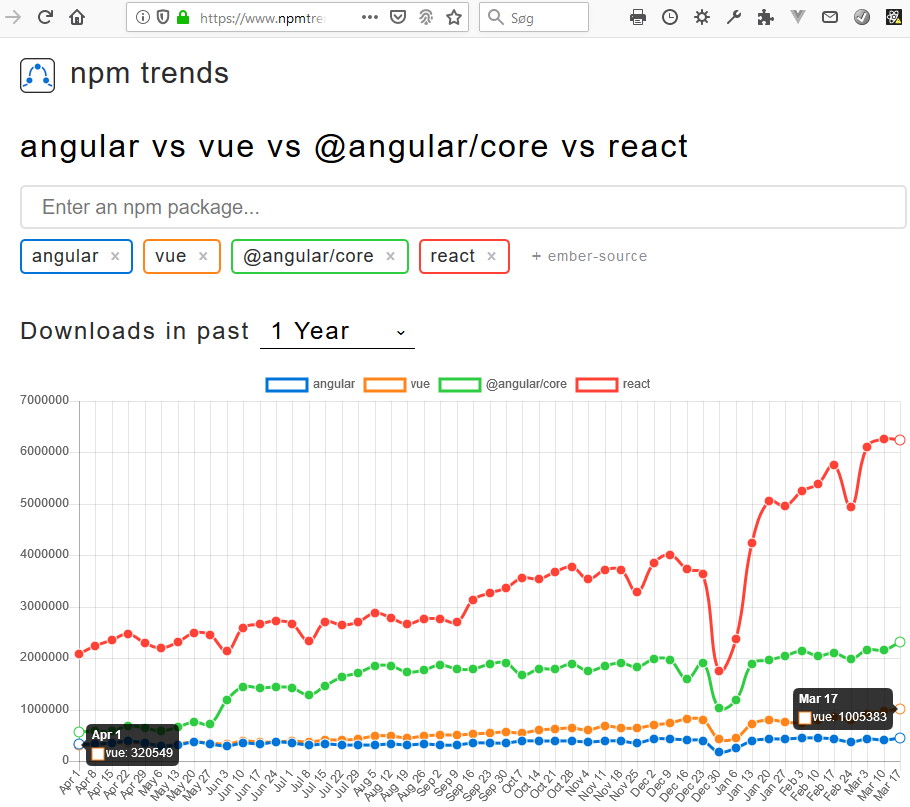 At the same time, momentum seems to stick with Vue and React. Within the past six months, usage - measured as downloads - has almost doubled for the two frameworks, while Angular has been subject to a much more modest increase during the same period.

The english portal
9 posts in total

Further reading on this